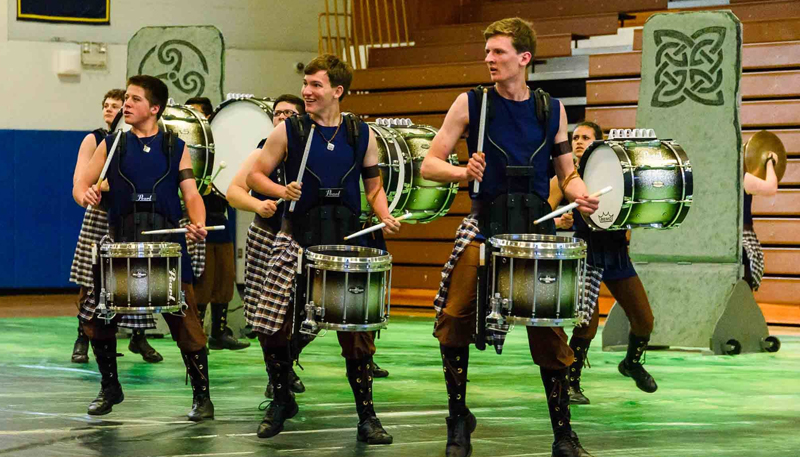 We have had a great deal of success in competition, but our focus is on the pursuit of excellence and helping our students to become the best they can be, not on beating other groups. In the past three years, we have won three NYS championships, two regional championships, and the bronze medal at world championships.

Who is eligible to participate in VIPE?

VIPE is open to any Victor student who is academically eligible. Our membership typically consists primarily of students who are field band percussionists, students who play a wind instrument in field band, and a small number of students who have not previously been a part of the marching program.

How do I become a member of VIPE?

VIPE is an auditioned group that has a high performance level and a high level of commitment from its members. Membership is by audition only, and all potential members must audition. Part assignments for those students accepted into the group are at the discretion of staff and are based on the needs of the ensemble.

I was in field band percussion. Does that mean I'm automatically accepted into VIPE?

I was in VIPE last year. Does that mean I'm automatically accepted into it this year?

What instruments are available?

Battery instruments are snare, tenors (quads), bass, and cymbals. We typically march five basses, and as many snares, tenors, and cymbals as are qualified and will allow the ensemble to be balanced. Instruments in the front ensemble typically include up to three marimbas, up to three vibraphones, xylophone, glockenspiel (orchestral bells) and/or chimes, two synthesizers (keyboard), and two or three auxiliary percussionists. Auxiliary percussionists play a wide range of instruments, and are similar to a percussionist in the concert band.

Each year, we run an "audition camp" so that we can evaluate all of the skills that our performers will need. This typically takes place the 2nd or 3rd Tuesday, Wednesday, & Thursday in November, during the regular 6 to 9 p.m. rehearsal time. During this time, students will be instructed on playing and marching techniques, and will work on actual show music and drill. Some students may be pulled out for individual performance, while others will only play within the group. During this time, we will evaluate all potential performers. We typically announce the roster via email late Thursday or early Friday, with rehearsals beginning either Saturday or early the next week.

Does this group travel?

The majority of our performances are within the New York State Percussion Circuit. Nearby shows include one here at Victor, one at Eastridge, and one at Hilton, with several more in the Syracuse area. VIPE typically takes an out-of-state overnight trip to a WGI regional, and cometes at WGI World Championships in Dayton, Ohio every few years.

WGI is the international governing organization for this activity. It stands for Winter Guard International, as indoor winter color guards were their original focus. The activity now includes indoor percussion, and WGI recently added a "Winds" category, which is essentially indoor marching band.

How long is the season?

In the second full week of November, we will have our audition camp. Rehearsals of the finalized roster begin the following week. Competitions start in early February and finish in April.

When does VIPE meet?

Our regularly scheduled rehearsals are Tuesday and Thursday evenings 6 to 9 p.m., with Saturday morning rehearsals beginning in January. There will be a few times that we have "camp" weekends with a Friday evening followed by a Saturday rehearsal, and a handful of extra rehearsals typically happen before big events like the regional competition and state championships. A complete calendar is available.